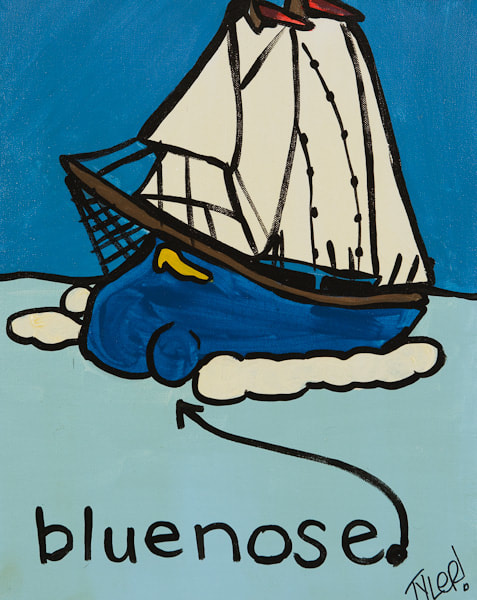 The Bluenose sits across the harbour from our gallery ... people from here are called bluenoses because fishermen back in the day wore blue gloves. When they were out on the water fishing their noses would run... they would wipe their noses and the dye in the gloves would turn their noses blue... so we are bluenosers. Don't know why they didn't make the bluenose with a nose ... so I fixed that in this painting.

﻿Shipping will be calculated and billed separately via PayPal - item is shipped once payment is received (local pick up also available in Lunenburg).